The track in Imola was constructed at the beginning of the 1950s and originally it represented rather high speed track because the long straight lines were combined with high speed curves. At the end of the 1990s the track was reconstructed for the safety purposes, in order to decrease the speed some curves were replaced with the slow bundles of bends. However, on the whole, the track configuration is very close to the original one. For a quarter of a century till 2006 the track in Imola has hosted the Formula-1 San Marino Grand Prix. Now the Italian Championship and Superbike races and also one of the ELMS series stages are held here.

Peculiarity: legendary Ayrton Senna died on May 1, 1994, as a result of his car crashing in Imola. On that day his car crashed into the road safety barrier on the first turn. The day before Roland Ratzenberger, the Austrian driver, died during qualifying for this race in other car crash. 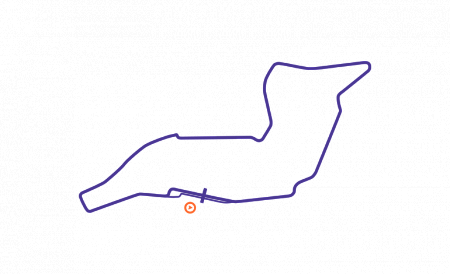