Originally Shizuoka Prefecture authorities planned to build 4-kilometer super speedway like famous racing track in Daitona that could host NASCAR races. However, in connection with insufficient financing the project had not been finished and it was decided to reject the expensive super speedway and to construct the traditional racing track. And finally the Fuji Speedway configuration consists of one long straight line and series of bends near it. Such form of track is suitable for sport car racing that is why the Japanese racing is one of the most important stages of the world championship of racing cars. Now the Fuji Speedway for the most part hosts the endurance races and the GT cars competitions but in 2007 and 2008 the Formula-1 Japanese Grand Prix was organized exactly here.

Peculiarity: the Fuji Speedway starting line is one of the longest in the world. Its length constitutes one kilometer and a half. 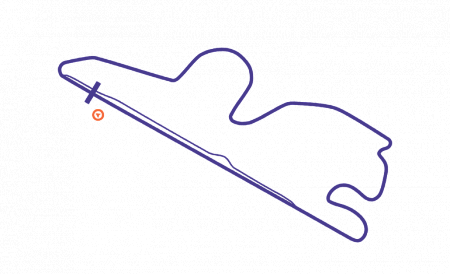