Main About the program Трассы Nurburgring

The history of Nurburgring is rooted in the legendary 23-kilometer Nordschleife. From the mid 1950s this track is known as the “Green Hell”. The circuit was named in such a way in connection with extremely high speeds, supercomplex configuration and safety standards negligence – trees grew too close to the racing track and mistake could cost the drivers their lives. Eventually it has become clear that Nordschleife is too dangerous and in 1981 construction of the new racing track began around the complex of boxes. Three years later the track returned to Formula-1 where it hosted  the Grand Prix of Germany, Luxembourg and Europe. Now Nurburgring hosts the DTM stages, the World Superbike and European series for youth, the 1000 km of Nurburgring marathon. At the same time the authorities continue to support Nordschleife – the 24 Hours of Nurburgring is still based on the classic version of track.

Peculiarity: in 2007 one of the bends of the track was named in honour of Michael Schumacher. 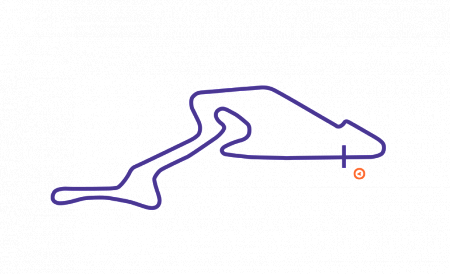