The track was built in Spielberg in 1969 and it became one of the main racing tracks of Europe; exactly here the Formula-1 Austrian Grand Prix was organized up to 1987. Later the track was considerably reconstructed but the main features of the original track were preserved, namely, sudden elevation changes and high speed bends. In 2008 the circuit was acquired by the Red Bull concern. The new owners renovated the track infrastructure and it returned to host Formula-1 under its new name – the Red Bull Ring. Now, apart from the Grand Prix the track hosts the DTM stage and the endurance race – the 4 Hours of the Red Bull Ring.

Peculiarity: from 1969 till 2014 the circuit has been renamed several times. Originally the track was named Ostereichring than it was renamed to A1-Ring and now it is called the Red Bull Ring. 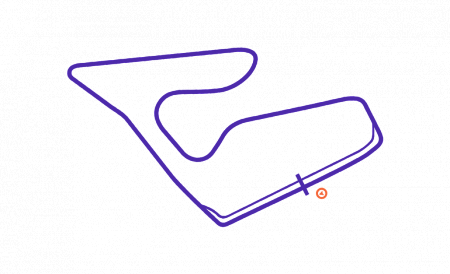